The Sedona International Film Festival, in partnership with the Grand Canyon Wolf Recovery Project and Plan B to Save Wolves, presents:

The Sedona International Film Festival is proud to partner with the Grand Canyon Wolf Recovery Project and Plan B to Save Wolves to present the Wild & Scenic Film Festival on Thursday, May 17 at the Mary D. Fisher Theatre in West Sedona. There will be two screenings of the program at 3 p.m. and 7 p.m. that day.

Featured films including in the Wild & Scenic Film Festival are: 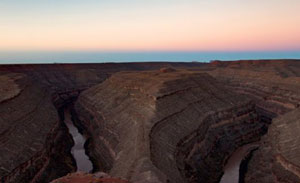 A Letter to Congress (3 min)
Wallace Stegner’s 1960 letter to Congress about the importance of wilderness is the framework for a new message, one in which our unified voice can help prevent the transfer of our most valuable heritage— our public lands— to private and corporate interests. 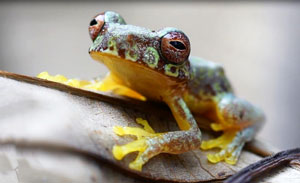 Can we Save the Frog Prince? (13 min)
After surviving for millions of years, frogs around the world are disappearing in a global extinction crisis. Human activity has unleashed a deadly parasitic chytrid fungus, now spreading like wildfire through the international wildlife trade. Jonathan Kolby and the Honduras frog rescue team are racing to battle this fungus and save endangered frogs in the cloud forest of Cusuco National Park before they vanish. 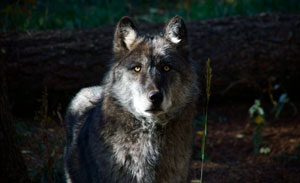 Canis Lupus Colorado (18 min)
Ghosts are stirring in Colorado's high country. These are the guardians of a delicate balance. They haunt the trees, the water, the animals — the very fabric of the land itself. Gray wolves shaped this place for eons only to disappear nearly overnight. Canis Lupus Colorado is the story of the past, present, and future of Colorado's now extinct native wolf population. Now we're at a tipping point: the emerging west, the future of our public wildlands, and the health of vast ecosystems are all at stake. And the choice is up to us. 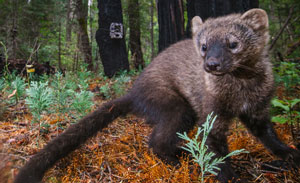 Forgotten But Not Gone: The Pacific Fisher (8 min)
For the past 20 years, conservation organizations have advocated for listing Pacific fisher under the Endangered Species Act. And as recently as 2015, U.S. Fish and Wildlife recommended federal protection for the population. But despite the emergence of new threats, in April of 2016, Fish and Wildlife reversed their decision. Forgotten But Not Gone takes you into a world of drugs and the timber industry as it pulls back the veil on this controversial decision not to list Pacific fisher under the Endangered Species Act - and what it means for the future of the Pacific fisher.

The Invisible Mammal - The Bat Rescuer (10 min)
Beyond the impacts of climate change and habitat destruction, certain bat species in North America are also suffering population decline due to white nose syndrome. In this first installment of The Invisible Mammal series, we meet The Bat Rescuer, Corky Quirk. Corky has been working intensely with native California bats since 2005 and has educated thousands of people. She works with injured and orphaned bats, returning them to the wild and keeping a captive colony of non-releasable bats for use in education. 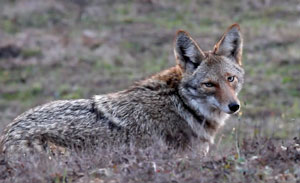 Killing Games: Wildlife In The Crosshairs (10 min)
On any given weekend, some of America’s most iconic wildlife are massacred in wildlife killing contests that ignore the critical role apex predators play in maintaining healthy ecosystems. Project Coyote’s groundbreaking exposé Killing Games - Wildlife In The Crosshairs uncloaks this hidden war on wildlife, inspiring viewers to help end these brutal contests where wild animals become living targets.

Lost in Light (3 min)
Lost in Light is a short film on how light pollution affects the view of the night skies. Shot mostly in California, this piece shows how the night sky view gets progressively better as you move away from the lights.

Straws (32 min)
Used once and tossed, billions of plastic straws wind up in landfills and streets, finding their way to oceans. Actor/Director Tim Robbins narrates the history and story of Straws - and marine researchers, citizen activists, and business owners discuss how it's possible to make a sea of change, one straw at a time. 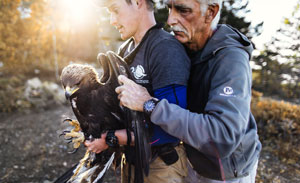 Sky Migrations (15 min)
Each fall, our skies fill with the wings of migrating raptors, a migration that relies on two hemispheres worth of wild and healthy ecosystems. Join ecologist and filmmaker, Charles Post, as he shines a light on the network of back country scientists and sentinels at the front lines of raptor conservation.
Biomimicry (21 min)
Biomimicry, the practice of looking deeply into nature for solutions to engineering, design and other challenges, has inspired a film about it's ground-breaking vision for creating a long-term, sustainable world. This film covers how mimicking nature solves some of our most pressing problems, from reducing carbon emissions to saving water.

The Wild & Scenic Film Festival is co-presented and co-sponsored by the Grand Canyon Wolf Recovery Project and Plan B to Save Wolves and the Sedona International Film Festival.

CLICK HERE to see a trailer of "Wild & Scenic Film Festival" and to order tickets online.